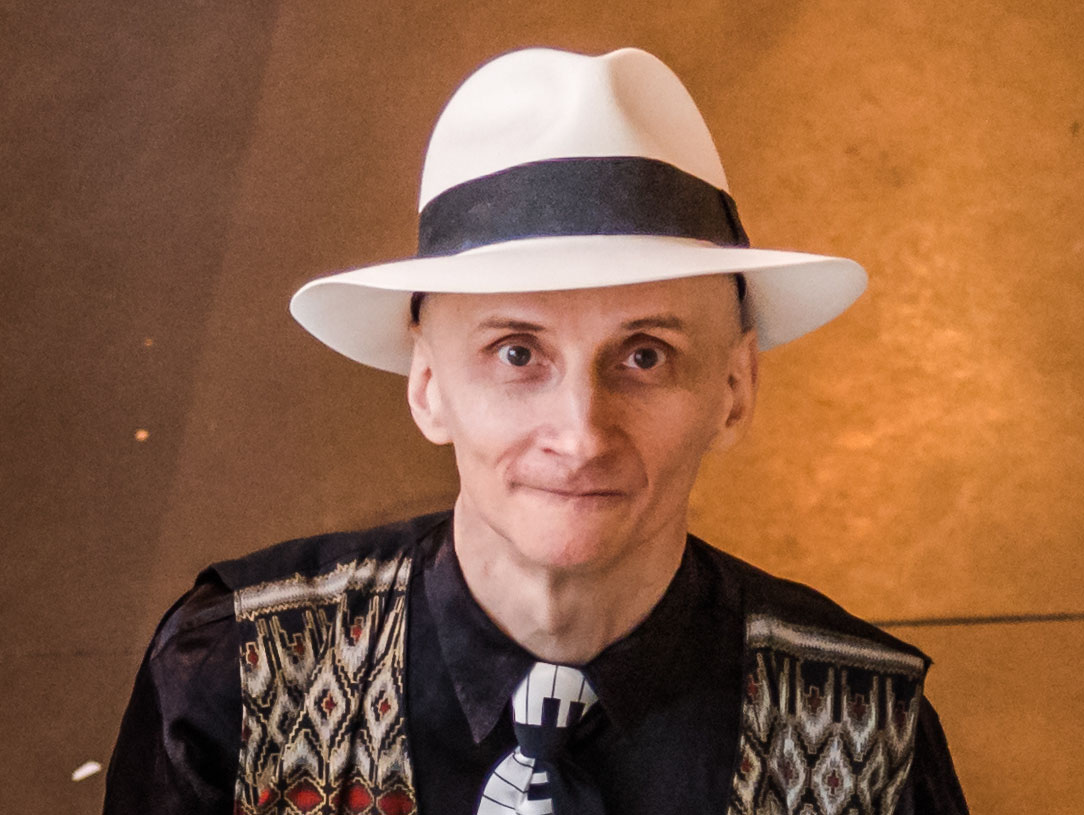 In 2007 he was one of the two only european artists hired for a concert at the Chicago Bluesfest (biggest bluesfestival in the world : one million viewers !! He got nice reviews (Howard Reich in The Chicago Tribune : « … unstoppable rhythmic momentum, a pristine clarity of texture and a gloriously rich, full-bodied sound ; In The Cincinnati Beat Ben Hulette describes him as a new european genius of the boogie). 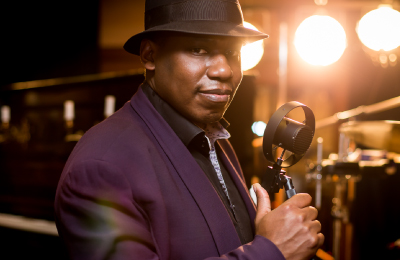 Started singing at the age of 8 years, in a family concert where the organist father and mother frequently leading to repeat, accompanied discs, music of all kinds including varieties. Acquiring his first guitar at the age of 10. He began trumpet some years later, flugelhorn and trombone and tuba. First in jazz, blues and then contemporary music.He began a few festivals in the 90s, particularly in Africa (Kigali stadium “festival of African music”). Studied music education in the 2000s Sings and plays trumpet in concert since and goes on trombone at several festivals and concerts in Belgium (“Jazz Marathon”) .Participated internship to the Blues, Rock along with Marlagne some members of the group “Wallace Collection” and musicians accompanying Axelle Red, Arno… in the 90s. 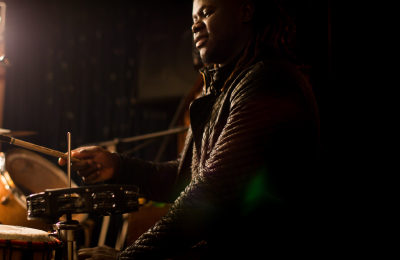 Kankan was born in Conakry, Republic of Guinea.

He learns Djembe from the age of 7. He grew up alongside great masters djembefolas Guinea such as Hosam Okoro, Lamine Bayo, Papa Kouyaté, Noumoudy Keita, Lance Kanté or even Jordon Keita. He played in several ballets in Guinea, which allowed him to work as a soloist for the dance. In 2002 and in 2006, he participated in a grand tour in France with his “The little sorcerers” group under the control of Papa Kouyaté. In 2007, he was recruited by George Momboye, one of the largest African choreographer, to integrate the company ‘ Afrika!» Afrika!”with which he will turn 2 years throughout Europe.

In 2009 he decided to settle in Belgium and pursued a career in the lineage of the traditional West African percussion.
Kankan was a real pleasure to share it’s knowledge, which leads him to give courses and music courses including overseas. His artistic talent to flourish in various groups such as the famous formation comprising the current virtuosos of the djembe “Djembé New Style”. 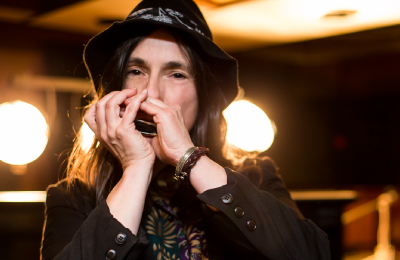 Passionate Blues harmonica, an instrument and a style she has practiced since 1994. It addresses both the Chicago Blues and Swing-Jump Blues to more jazzy than Rockabilly or ‘Roots Music’ connotation. Originally, she graduated in history of Art and archaeology of the Université Libre de Bruxelles. After completing studies in music theory at the Academy of Watermael-Boitsfort Woluwe-St-Pierre, she had the opportunity to make a few internships harmonica in 1994-95 with Jean – Jacques Milteau and Thierry Crommen, but it is mainly formed by self-taught way. Genevieve is the only woman professional Blues harmonica in Belgium. She was invited to represent women and specifically the Belgium at the World Festival of harmonica of Trossingen in Germany in 2009! His influences include some names in short: Little walter, S.B.Williamson, Big Walter Horton, Sonny Terry, Ford Bailey, George harmonica Smith, William Clarke, Rod Piazza, Kim Wilson, Mark Hummel, Charlie Musselwhite, R.J.Mischo, Gary Smith, Jason Ricci…
She had the opportunity to play since his debut with a series of quite varied such as training : Read more.. 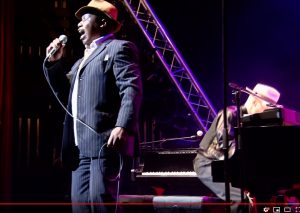